I got talking with Laura (not her real name) on OK Cupid, we exchanged a few messages and swap numbers almost straight away.

She was a tall red headed lawyer from The City, perfect…. Intelligence and looks, quite rare to get them both especially from internet dating it seems.  Usually you get a goddess with two brain cells or someone who looks like they feature in mytrailerpark.com but could talk to you for hours about astrophysics.

We texted every day for about a week, it very quickly escalated to more racy conversation.  Sexual preferences and favourite toys (hers I might add).  So intelligent, pretty, had a little bit filthy added to her attributes. I’m not going to deny, I certainly have an exploratory side but not usually escalating so quickly before a first date.

Laura certainly seemed mischievous…  During our text conversations about her career, love for cocktails and sex toys she mentioned that she’d always wanted to try a remote controlled egg. You know the one where you insert it with a little wire remaining and you give your lucky man the remote?

I started googling furiously, a bit like a boy when he’s just found out the new Xbox has been released, I started researching the best in remote controlled egg tech.  Being a guy quite into his gadgets I tried to think of what qualities makes a good remote egg?

Success, my chosen weapon of choice the “Adrien Lastic Ocean Dream 10 Function Remote Control Vibrating Egg”. The name doesn’t exactly roll off your tongue but it seemed to have good reviews as well. 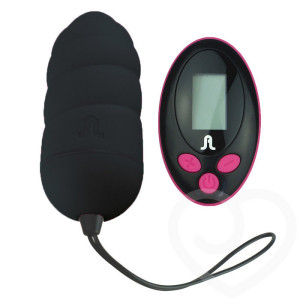 I proposed the idea to my new mischievous compadre and with little hesitation she agreed.  Slightly surprised but rather excitedly I clicked add to cart.

2 Responses to The Vibrating Egg Date