By James on September 3, 2017 in My Random Thoughts

Yplan was the dating idea saviour in London.  This great City has so much going on but when it comes to finding out about those otherwise unheard of events outside of West End shows it’s often impossible.

Steven Fry himself was even quoted saying Yplan was a

Yplan was awesome for date ideas as you could simply click on a day, category and bam, you’d have a selection of options for you to choose from and even buy your tickets then and there. 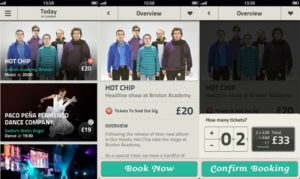 It made me seem like the dating idea master, the man who had his finger on the pulse on everything in London.  Now it’s gone….

So What’s Happened To Yplan?

In the news a while back, TimeOut made a bid for the app for a mere £1.6million.

I feared seeing this news, noticing that the events on Yplan had been diminishing and rumours of them laying off staff, that this could be the end.

Often the more successful cash rich competitors buy out their smaller rivals and then run them into the ground.  Remember Love Films the DVD rental company who put BlockBusters out of business? Then bought by Amazon as their biggest rival, who has now wound the company up. Bye bye to cheap limitless timely Blu Ray rentals…..

May you rest in peace my trusted event finding companion.  Thank you for many a good night out and your event searching prowess. 🙁

Does anyone know the real story behind the sudden death of the Yplan App? Please let me know by leaving a comment below.

2 Responses to What’s Happened To Yplan?