By James on January 6, 2019 in Singles Event Reviews

Having welcomed in the New Year I thought it would be great to look back at 2018 and think about which dating event stood out from the crowd.

It’s no secret that I’m a fan of the Inner Circle events, but the Inner Circle Polo event last August at Ham Polo Club was particularly special.  So much was going on at the event I will do my best to relay as much as I can.

This is the summer event everyone looked forward to.  On the lead up, it was the one everyone was talking about.  Even at the Blue Door Inner Circle party, singles were already making contacts and forming groups to meet up again at the Polo. 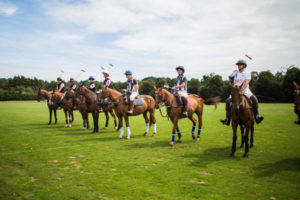 The format was pretty relaxed, people arrived gradually over the afternoon, sipping bubbly and Pimms.  Food was available, a delectable buffet for those who needed to line their stomachs for the evening of partying ahead.  The Polo matches lasted a couple of hours ending with a final presentation to the winning teams, who then just got stuck into joining the party themselves. 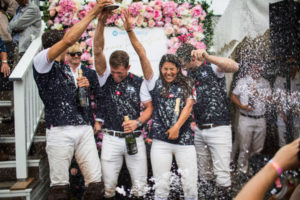 The upper deck hosted cocktail making classes, an opportunity to sample premium drinks mixed by your very own hands under the instruction of a cocktail expert. 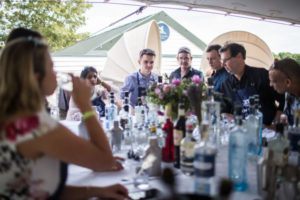 Following the matches, the music started.  Set up outside on the veranda a DJ started rolling out the tunes, then out of nowhere a Violinist, Pianist and Saxophonist joined in taking it to a whole new level. 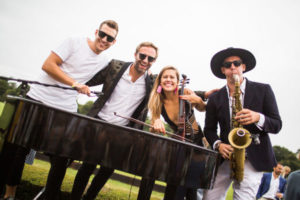 So what made the Inner Circle Polo Event Number 1 on my list for the year?

I will pause here for a moment to thank some of the Inner Circle Team, David, Oceane and Aron for being great hosts.  Looking forward to seeing you all again hopefully this year. 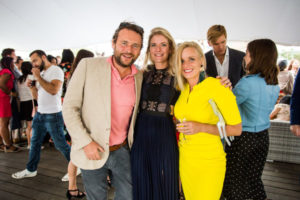 Weather that day was a little rainy, as the clouds rolled in everyone moved inside the venue.  Not a bad thing as up until this point people were spread all over the club making it a bit challenging to get talking to new groups. 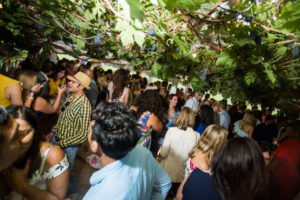 The party didn’t stop at the Polo Club though, already lined up at the infamous Blue Door was an after party for those who wanted to continue into the night.

Everything had been thought about by Oceane, the event magician extraordinaire. Even little bottles of sunscreen were handed out on the gate just in case.

This event was like no other and id urge you to sign up early as tickets sell out fast.  If you haven’t joined Inner Circle yet, jump on in as you may have to wait a little while for approval.  Better yet, if you know a member, ask them to recommend you into the site.

Were you at the Polo Event? Or have you been to any of the other Inner Circle events throughout the year? Let me know what you thought by leaving me a comment below.